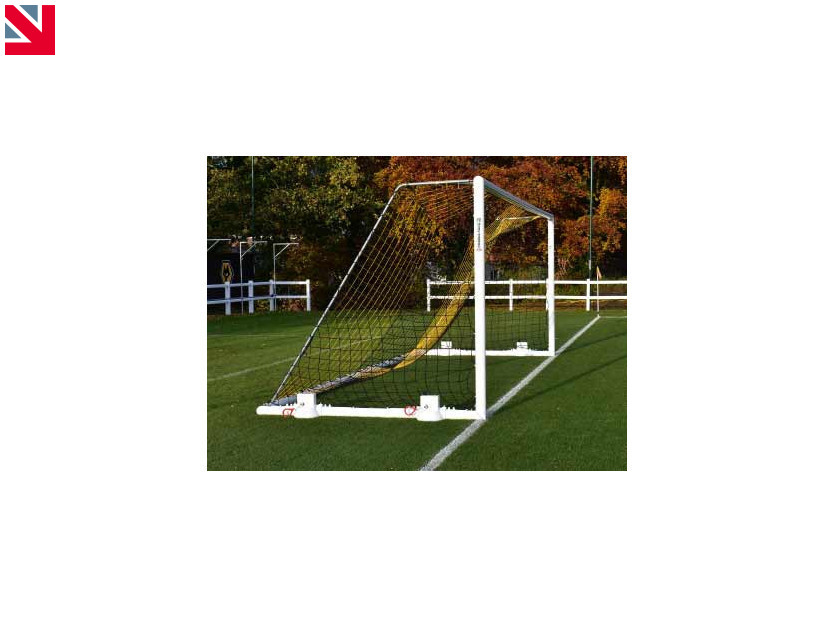 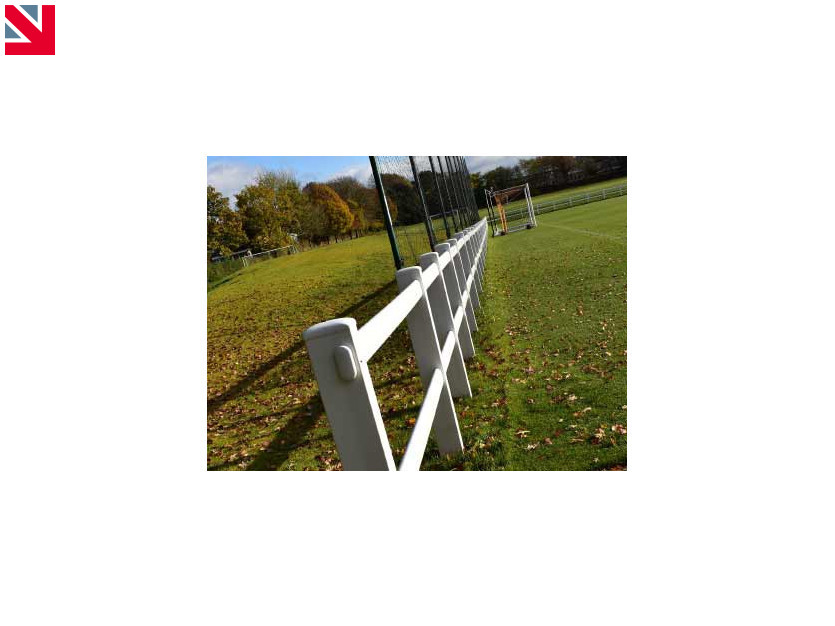 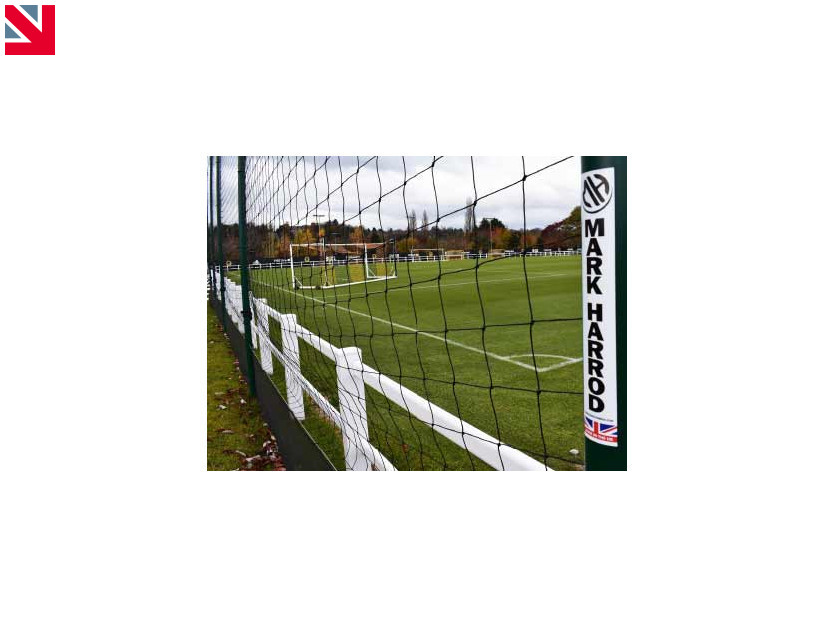 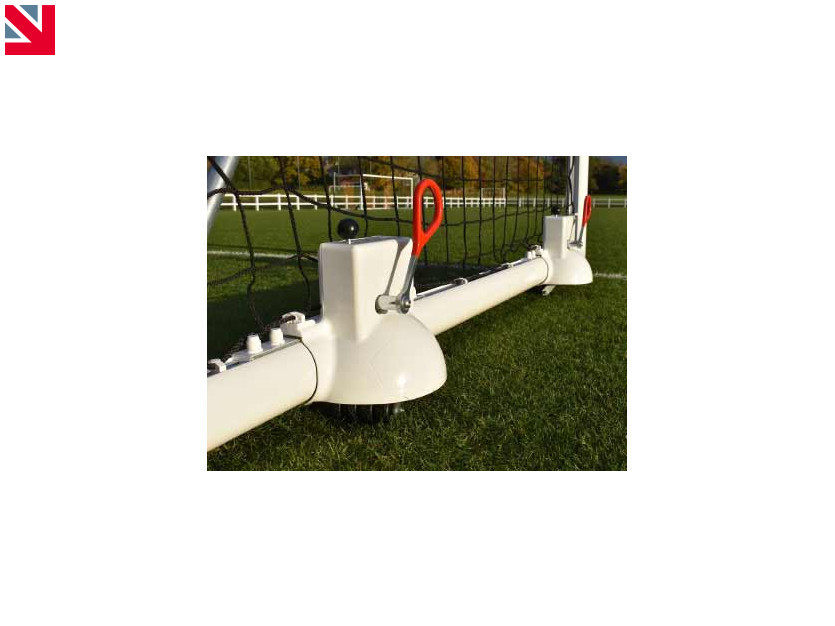 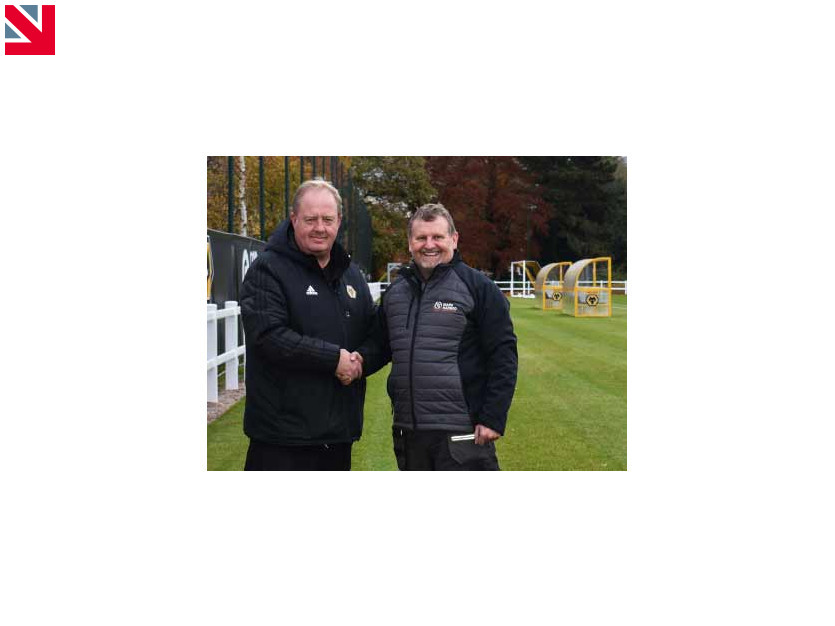 WOLVERHAMPTON Wanderers FC’s head groundsman Wayne Lumbard is in charge of the club’s turf facilities at an exciting time in Wolves’ history.

Coming into the post in 2005, Wayne has seen the club rise to footballing prominence again as it seeks to secure a permanent place in the game’s top drawer.

After promotion to the Premiership, Wolves had to step up its grounds provision, both at its Molineux Stadium and the Sir Jack Hayward academy base and training centre, where major investment in synthetic pitches is now complete.

Wayne splits his eight-team between the training base (five) and Molineux (three) to ensure the fresh facilities at the Sir Jack Hayward base are tended to the standards required.

“Once in the Premiership, we also began upgrading various elements at Molineux to meet higher-level requirements ready for the new season,” he continues.

“Every Premiership club has to conform to set criteria for stadium provision,” Wayne explains. “Goal nets have to be uniform white and grounds teams can only mow match pitches from goal to goal or across their width, for example.”

The match goals had passed their sell-by date and needed replacing, he says, and turned to goals manufacturers Mark Harrod Ltd for advice. “We’ve enjoyed a longstanding relationship with the company and knew they could deliver a solution tailored to our requirements,” Wayne says.

After talking over things with managing director Sean Wallett, the company delivered and installed socketed goalposts, nets and net support posts ready for Wolves’ first home game of the 2018-2019 season, against Everton FC.

The white aluminium powder-coated 24ft x 8ft match goalposts conform fully to home and European league requirements and form part of a package of provision for the Midlands club that includes goals and ancillary equipment at the training centre, which has just trumped Molineux with a football first.

“Sean and his colleague Matt Page had developed the concept of a goal designed to use on synthetic pitches and wanted to trial it. He approached us and we were delighted to put the product through its paces, as I believe that latest generation synthetic pitches deserve the latest technology goals.”

A DevoShift training goal was delivered earlier in 2019 and Wayne trialled it for eight months on the training centre’s Desso pitches.

His verdict is decisive. “For groundsmen, this goal is a no-brainer,” Wayne concludes. “The concept is beautifully simple and highly effective. Traditional wheeled goals are difficult to turn on grass and artificial surfaces, plus very large gateways are required to remove the goals from the pitch.

“Two people can quickly and easily swivel and push the DevoShift goals in any direction, not just forwards and backwards, as with current equipment.”

Full-sized DevoShift aluminium goals, designed to conform to the latest British and European Standards, turn sideways and can be pushed/pulled through an access gate of only 2 or 3m wide, he adds.

The goals break new ground in another way. Stylishly fashioned, with no wheels visible, thanks to the unique moulded enclosures, the DevoShift posts appear to float across the ground. "They certainly look, as well as feel, a world away from traditional designs," Wayne states.

After deciding the goals would form a permanent fixture at the training centre, Wolves have become the Premier League’s first club to take custody of goalposts tailored specifically to the demands of synthetic and high-quality turf.

Universal-style jointed wheels allow two people to manoeuvre them in all directions and push them on to and around a pitch quickly and easily, which will save time and money for grounds managers, operators and clubs alike.

Known for innovation, Mark Harrod Ltd developed the first wheeled goals, now widely adopted across sport. Fourteen years ago it launched the Easylift, which allowed frames to be pushed and pulled around sites after raising them above the playing surface.

The latest advance in training goal design marks a further quantum leap to create a goal featuring multi-directional mobility. Two years in development, the DevoShift is intended to roll out on to synthetic and high-quality pitches, allowing site personnel to steer a full-sized goal through access gates with minimal fuss and resources.

Wolves’ new acquisition is important for another reason, Wayne says: “The installation coincides with the launch of British and European Standard BSEN16579, which aims to tighten up goal safety by eradicating pinch points that can trap the fingers, head or neck, as well as issues relating to crushing and shearing points.”

Designed to be fully compliant with the new standard, the DevoShift heralds a new era of football provision spanning grassroots to Premier League facilities, says R&D developer Matt Page. “It allows anyone to move the goal easily on and off pitches in a way simply not possible with existing products.”

The surface pressure of the goal is even less than that of the Easylift, he adds. “Schools will also welcome the third generation advance, while pitch facility managers can expect far less downtime when positioning goals.”

A castor system safely encased in a tough ABS plastic cowl, with built-in lift and lower mechanism, raises operational ease and safety. “The 80mm surface clearance is more than ample for synthetic and high-quality pitches,” adds Wayne, “while the smoother differential reduces any risk of snag and drag when moving the goal.”

With its family of pitches, including the three Desso Grassmaster full-size surfaces, the training and academy base hosts a season-full of competitive matches across the U7 to U18 age groups.

“Previous suppliers have been reluctant to provide products not listed in their catalogue but Sean and the team are prepared to develop ones to suit our requirements. His response is always: 'I’m sure we can help you'.”

Mark Harrod Ltd works closely with football governing bodies and sports clubs from elite to grassroots level. It supports the England Amputee Football Association and the English Schools’ Football Association, supplying and delivering goalposts for tournaments under a continuing commitment.

Every Mark Harrod Ltd product where relevant conforms to current British Standards and health and safety guidelines. As a leading sports equipment designer and manufacturer, the company plays a major role in shaping the future of goalpost quality, from grassroots to international level.